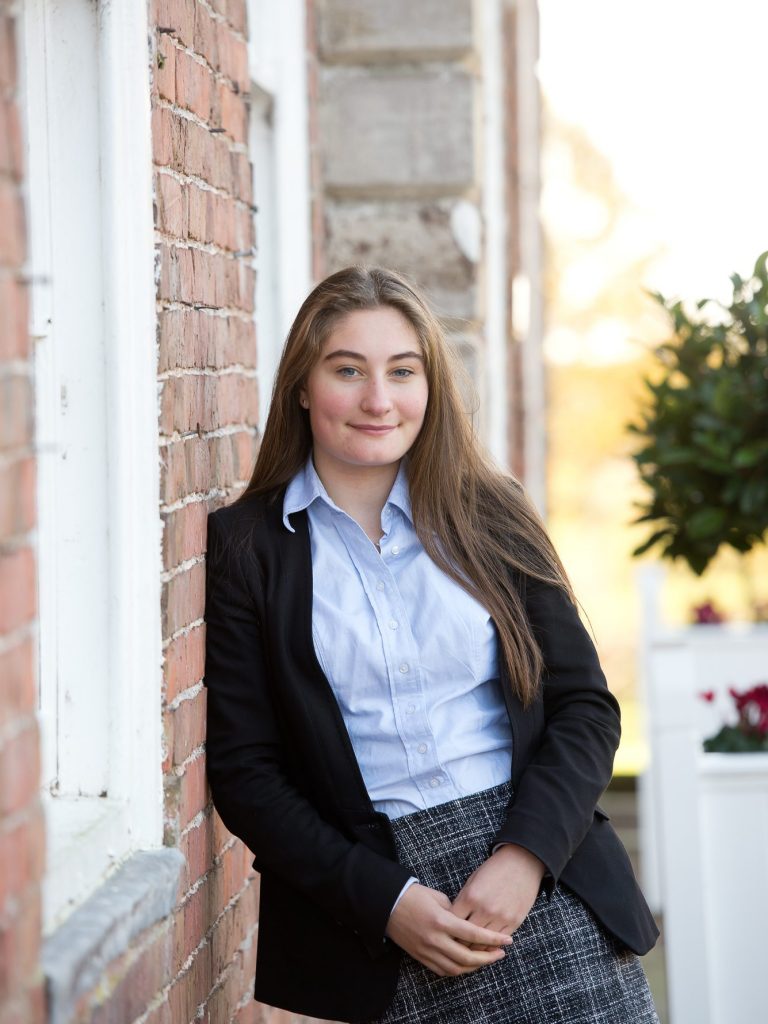 I joined Lucton in Year 12 having attended Wigmore High School. I originally considered several local sixth forms but they didn’t feel quite right for me. A friend of mine at the time was studying at Lucton and recommended that I consider it.

Lucton has a real sense of community, which was one of the deciding factors for me; I didn’t want to be lost in the crowd and I felt that this was something that could easily happen in a larger college. There is a really friendly and welcoming atmosphere here too; everybody knows one another which is great and it’s very diverse; I’ve made friends with students from all over the world.

The classes are considerably smaller than I was used to in high school and so I find it easier to contribute in class and also to get support when I need it. I feel like my teachers really understand who I am.

Being able to play sport, and being a smaller school, you always get a place in the first team! I’ve also joined the RAF cadets which is fantastic and I have had the chance to take part in lots of interesting experiences including flying which was great.

I am studying psychology, English literature, and history, and I hope to go to university next year,

although I haven’t decided exactly where yet. I am really enjoying my time here; I’ve grown in confidence and I hope that being involved with the RAF cadets, completing the Duke of Edinburgh gold award, and becoming Head Girl will make my university applications stand out.

NURSERY
PREP
Middle & Senior
SIXTH FORM
INTERNATIONAL
We use cookies on our website to give you the most relevant experience by remembering your preferences and repeat visits. By clicking “Accept All”, you consent to the use of ALL the cookies. However, you may visit "Cookie Settings" to provide a controlled consent.
Cookie SettingsReject AllAccept All
Manage consent

This website uses cookies to improve your experience while you navigate through the website. Out of these, the cookies that are categorized as necessary are stored on your browser as they are essential for the working of basic functionalities of the website. We also use third-party cookies that help us analyze and understand how you use this website. These cookies will be stored in your browser only with your consent. You also have the option to opt-out of these cookies. But opting out of some of these cookies may affect your browsing experience.
Necessary Always Enabled
Necessary cookies are absolutely essential for the website to function properly. These cookies ensure basic functionalities and security features of the website, anonymously.
Functional
Functional cookies help to perform certain functionalities like sharing the content of the website on social media platforms, collect feedbacks, and other third-party features.
Performance
Performance cookies are used to understand and analyze the key performance indexes of the website which helps in delivering a better user experience for the visitors.
Analytics
Analytical cookies are used to understand how visitors interact with the website. These cookies help provide information on metrics the number of visitors, bounce rate, traffic source, etc.
Advertisement
Advertisement cookies are used to provide visitors with relevant ads and marketing campaigns. These cookies track visitors across websites and collect information to provide customized ads.
Others
Other uncategorized cookies are those that are being analyzed and have not been classified into a category as yet.
SAVE & ACCEPT